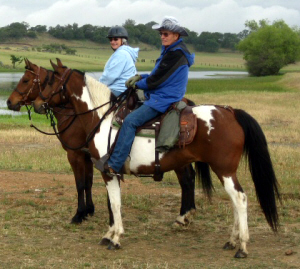 Don was born March 4, 1936 in Oklahoma to Oren and Gertrude Butler. He was the middle child, having three brothers and one sister; Robert, Leroy, George and Elizabeth.

Don grew up on a farm in Hanford, CA. He worked in the fields at a young age with his Dad and brothers and attended school in a one-room school house.

While continuing his schooling at Fresno State College, he met Olwen and was married September 2, 1960. They moved to a home on North Ave. in Modesto, from Los Angeles during the summer of 1967. They were blessed with two daughters, Sherry and Valerie. Then in 1974, he and Olwen moved on Kansas Ave. in Modesto.

He always loved Arabian horses, in which he bred, trained, and showed. One year he decided to purchase a Standard-Bred mare and carriage; often times you'd see him driving through the neighborhood enjoying the ride. He loved sharing the experience with his grandsons and friends, especially at Christmas when he decorated the carriage with Christmas lights and toured the area.

Don cared for Olwen several years while she battled cancer. After her passing, he purchased a townhouse in Modesto, which lasted only two short years. Once he heard the news of twin grandsons coming, he chose to move back out to the family ranch on Kansas Ave.

One of Don's greatest treasures was his family. In May of 1998 his first grandson, Cameron, was born. Two years later the twins, Connor and Colton, came along.

Don would take all three grandsons to the beach for a few days, giving Mike and Val a break. While traveling back and forth, stops would include Casa da Fruita for a train ride and an ice cream or an apricot pie to go. The Shadow Brook restaurant or Zelda's in Capitola were also frequent stops for dinner. As the boys got older and started riding horses, the trips to the coast continued; but instead of playing on the beach, they rode horses along the coast and in the Santa Cruz Mountains. 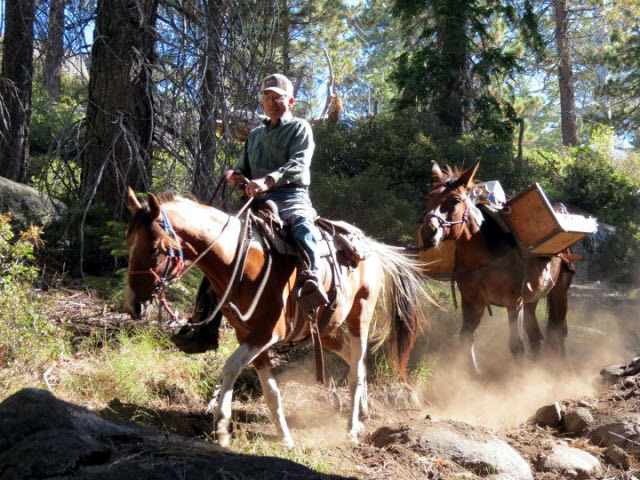 One of Don's mottos could have been, "where there's a will, there's a way". For example, he was determined to spend time with his grandsons and to do so, he needed to figure out how to get work done as well as spend quality time with them. So he mounted a car seat for Cameron on the hood of his tractor. Cameron would take his nap, while Don mowed the pasture. And later, he mounted two car seats to the back of the quad so he could have all three of his grandsons with him at the same time. If he could find a way to have his little buddies with him, he would.

He often told stories to his grandsons about baseball chalk-talks during his younger days at school. It was common for him to take Cameron to Perko's, giving Val time to get ready in the mornings. "Topa's" cure and "magic-medicine" was donut holes, even when sick with stomach flu. He waited with the three boys each morning for the bus, playing soccer and basketball with them.

Trail riding was one of Don's joys in life. There probably isn't an area he hasn't covered in the Emigrant Wilderness, as he traveled many miles on horseback. He loved taking his "boys" to the Sierras. It wasn't long before Don purchased each one of them their own saddle and bags. Although today they've grown out of their first saddle, they will cherish them as treasures from grandpa forever.

Many memories included taking the boys to Minnesota to visit the family farm. The grandsons were always welcome to stay the night with "Topa". They would call him from their home, he'd flip on the outside light in the barn, and they'd run to his apartment in the dark just before bedtime. His love and care for them was evident when he'd serve hot chocolate in bed while they watched cartoons.

Sports became a big thing in Don's life, as he loved watching his boys play baseball, basketball and football. Whenever he could, he attended each and every game. Don even went so far as to purchase a pitching machine for them. He would pitch a couple buckets of balls to each of the boys before games and many times to friends and teammates. He then converted a large part of the front pasture into a baseball diamond.

Don enjoyed traveling to Europe, Asia, China, Africa, and most of the US. After 9/11 he decided to spend more time locally riding in the mountains. He purchased a horse trailer with living quarters, joined the Back Country Horsemen's Club, spending much of his time in the summer clearing trails. He enjoyed the peace and beauty of the mountains as well as the friendship of many who liked to ride.

In July 2012 Don purchased property in Twain Harte were he dreamed of having a cabin to spend much of his time. His drive and dedication to develop the property was being motivated by his desire to have a place of enjoyment for his family. Don was a man who couldn't sit still and always had a vision and project in the making.

On November 7th, 2012 Don passed away unexpectedly at his home in Modesto at the age of 76. He is preceded in death by his wife, Olwen Butler. Don is survived by his two daughters, Sherry Zavala and her husband George, and Valarie Cruce and her husband Michael, along with three grandsons Cameron, Connor, and Colton Cruce.