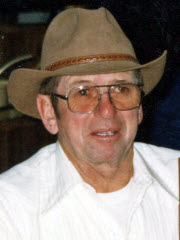 Mid Valley Unit lost an ardent supporter and long-time friend with the passing of Dave Coelho on July 31, 2010. In his 22 years as a Mid Valley member, Dave was a leader, a teacher, a coach and a buddy to many.

David M. Coelho was born January 27, 1938 to a Portuguese family in Los Banos and grew up on a dairy in Newman. When he was only 15-1/2 years old Dave went to work for a school bus company and worked there thirteen years. In 1969, Dave moved to Modesto and worked in fleet services and as Vehicle Maintenance Supervisor for Yosemite Community College District for thirty years.

In 1975, on a trip to the Azores Islands to visit family, Dave saw mules work for the first time. When he came home, he decided to have a mule. With great success Dave showed his mule "Mary Ellen C" bridle-less in cutting and trail classes. Dave rode in the Rose Bowl Parade three times and showed Mary Ellen bridle-less in Equifest at the Rose Bowl in Pasadena.

Dave was proud to be one of 35 Charter Members of the fledgling Mid Valley Unit when it was instituted April 25, 1988. Ted Whitaker was the Unit's first President. Dave regularly honed his skills by competing in a variety of American Mule Association (AMA) events - speed tying, packing, trail, cutting, sorting, penning. He loved to share his knowledge of mules and to teach others to tie knots and pack.

Dave was a dedicated and patient teacher. Being left-handed, I think he was quietly amused when he watched right-handed folks try to emulate his left-handed knot-tying methods! Dave taught packing at one of the Unit's first pack clinics held at George and Ruth Turner's ranch in 1990. Subsequently he chaired the Unit's Pack Clinic Committee and successfully conducted well-attended clinics at Jess Holt's, Brooks Ranch, Double N, and at Unit General Meetings.

Dave participated in Mid Valley activities for almost four years before he was elected to the Board of Directors in 1992, under then-President Don Altieri. Dave served on the Board for eleven years between 1992 and 2009 with brief "time outs" in 1994-95 and 2004-06. In addition to Don Altieri, Dave served with Unit Presidents Larry Difani, Dennis Serpa, Carol Jo Hargreaves, Sandy Newsome, and Lloyd Erlandson. He didn't really like the idea of being an officer but in 1999 Dave served as Vice President/Membership Chairman under then-President Carol Jo Hargreaves.

Dave often rode in the Oakdale Rodeo Parade and helped with AMA pack scrambles at the Oakdale rodeo grounds. In 1994, he organized a Mid Valley Unit-sponsored Pack Scramble at the Stanislaus County Fair that drew a large audience. Dave was the General Chairman of each Pack Scramble Mid Valley Unit put on at the Stanislaus County Fair, from 1994 through 2008. Dave's creative programs included inviting local dignitaries to compete in the Scramble; steer packing competitions; coon jumping; Manuel Garcia's trained steer demonstration; cow dog trials and mule shows. Dave was determined to make his shows appealing to all ages and to ensure the audience would get a taste of old ways now disappearing from use. In 1996 Dave was overall Contest Chairman for the annual BCHC Rendezvous held in Turlock and brought his creative ideas to the pack scramble loads and other contests.

["Coon Jumping" is a skill used in racoon hunting, where hunters on muleback jump fences. In the arena, they put a rail atop two posts, a bit like the high-jump at a track and field meet. The mules jump, they raise the rail, and repeat until one mule jumps the highest.]

You might not know it to look at him but Dave was a meticulous organizer and a joy to work with! He had great ideas, made careful plans, executed them well, and never forgot a detail. Dave was an atrocious speller with lousy penmanship but he always got his points across. He had a cadre of loyal friends always willing to donate cash or buckles for prizes at the events he organized. 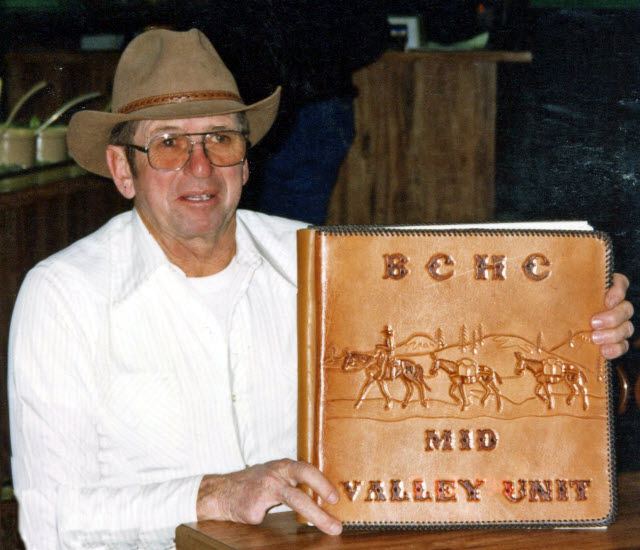 Dave enjoyed educating youth about mule packing. In 1995 he developed curriculum and taught a 3-unit college-level packing class at MJC in Spring semester. For several years this was his way of showcasing BCHC by using members as guest instructors and Dutch oven cooks. In the fall of 1995 Dave took his mules to Ceres High School to demonstrate low impact packing to Natural Resources students. He organized a group of Mid Valley members to teach youngsters Gentle Use and mule packing at the 2nd Annual PCTA Rogers and Clarke "Campfest" held at Camp Herms in El Cerrito in August 1997 and provided instruction on stock, equipment and vehicle preparation for the 1998 Mid Valley Unit Educational Pack Trip. Dave helped Donna Peterson put on a series of well-attended AMA-sanctioned mule shows in Twain Harte in the early 2000s and, in 2001 and 2002, organized groups of Mid Valley members to educate 700 to 800 children bussed from Bay Area schools to the Rowell Ranch Cowboy Gathering. We taught principles of Gentle Use and what to take (and not take) on an outdoor trip.

Dave helped Mid Valley Unit with Volunteer Service Projects at Kerrick Corral and Pine Valley Horse Camp and was among the group to receive the Outstanding Volunteer Service Award from Pacheco State Park in 1999 for installation of a trail gate to complete the Nun Lake Trail Loop.

In the mid-1990s, Dave was co-founder of the Mid Valley Unit Competitive Pack Team with Alvin Baptista and Bob Thomas. Dave served as coach, equipment repairman and was part of the ongoing Advisory Committee. The Team's goal was "to become a unified, winning pack team" and they ultimately succeeded, becoming World Champion Packers at Bishop Mule Days in 2005!

After his retirement from Yosemite Community College District, Dave concentrated his energies on his small beef cattle ranch and his leatherwork hobby. Dave made beautifully crafted saddles and harnesses. In January 2006 Dave had the honor of attending the International Equus Congress in Brazil where he demonstrated American packing techniques to guests from all over the world; visited four horse and mule ranches and participated in a trail ride. He often served as an AMA judge of packing and trail classes and enjoyed life with Darla, the mules and the dogs.

Dave was never one to enjoy the limelight or desire public acclaim for his efforts. Suffice it to say, he has given us much and will be missed tremendously!