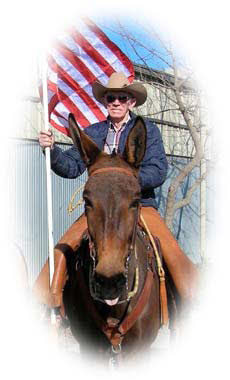 Bobbie Lee Thomas, 74, born in Sperry, OK, passed away January 15, 2014, at home with family by his side. He was preceded in death by his father, Roy Thomas, and his son, Rick Thomas. He is survived by the love of his life, Jerrie Ann Thomas; mother, Nadine Thomas; daughters, Theresa Berry (Brian) and Denise Collins (Harvey); and sisters, Linda Branson and Barbara Regelmann. Bob was a loving father of three, had four grandchildren and nine greatgrandchildren.

Bob was a very talented carpenter and worked in heavy commercial construction as a superintendent for over 30 years, as well as working on many projects across the country. He was a member of the San Francisco Carpenters Union for over 50 years. Following retirement, Bob continued using his expertise as a carpenter to help friends whenever needed.

While still employed, Bob could not spend as much time as he wanted out on the trails. But, on weekends and holidays, he often volunteered many hours in the backcountry clearing trails. He helped establish the Pine Valley Horse Camp with other MVU members and was instrumental in the construction of the restroom there. The permit building in Yosemite National Park at Tuolumne Meadows was built and donated by Mid Valley Unit. MVU member Denny Fisher (a licensed contractor), Bob, and other MVU members donated their time and energy to make this happen. A plaque was installed on the permit building as thanks for all their help.

Bob loved helping others and was always available to lend a hand wherever he could. In 1995, when Dave Coelho started teaching his three-unit college- level packing class at Modesto Junior College, Bob was there to lend a hand, literally! Since Dave was lefthanded, it was very hard to teach his students how to tie those knots correctly. Therefore, Dave instructed and Bob demonstrated on the mules and helped the students tie all those knots. This was a highly successful class and was taught for several years.

Bob loved packing and was one of the co-founders of the Mid Valley Unit Competitive Pack Team (with Dave Coelho and Alvin Baptista) in the early 1990s. The Team's goal was "to become a unified, winning pack team" and they ultimately succeeded, becoming World Champion Packers at Bishop Mule Days in 2005!

He was a wonderful, quiet and gentle man who made a lasting impression of kindness on all who met him. One rarely ever saw him without that kind smile and gentle speaking voice. He will be remembered and missed.