We rode, and helped out behind the scenes, at the annual Columbia State Park All Equestrian Christmas Christmas Parade on December 9, 2012.
All photos courtesy of Kathy Zumbrunn.
You may jump to the newsletter article below the pictures. 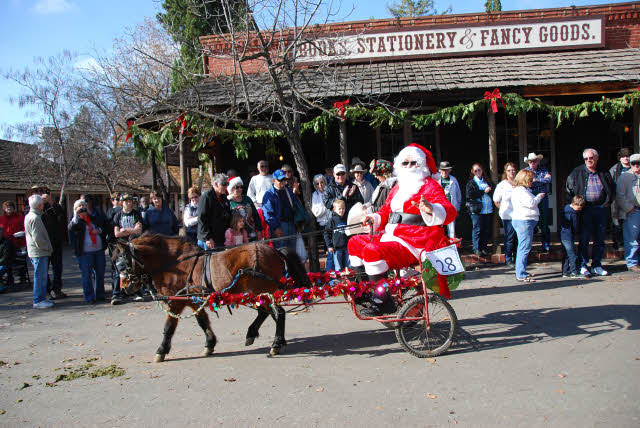 Santa and his miniature horse 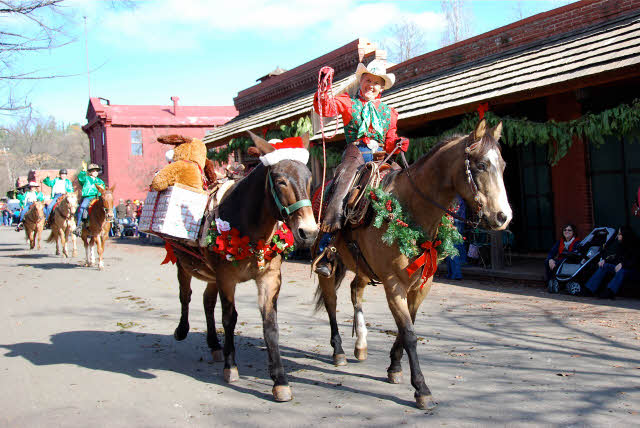 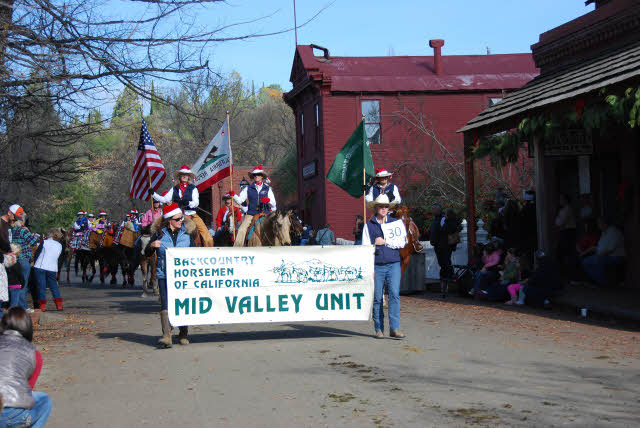 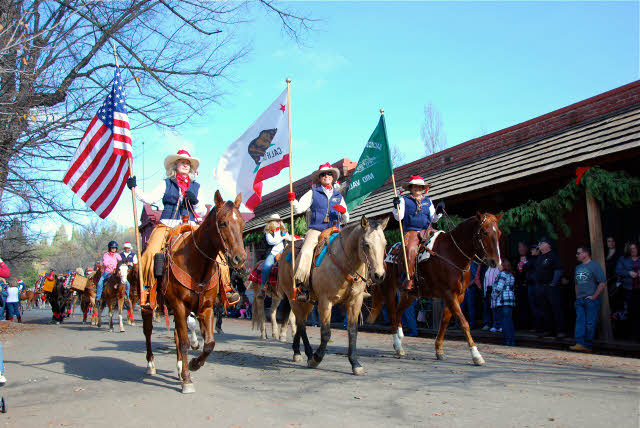 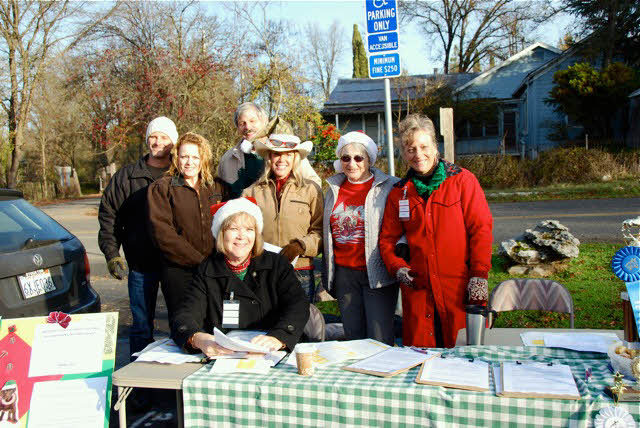 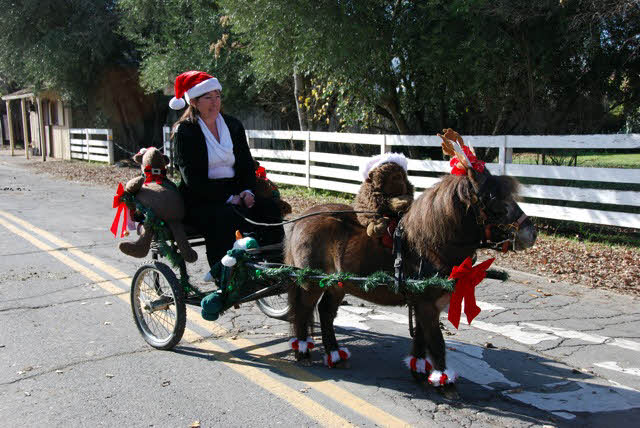 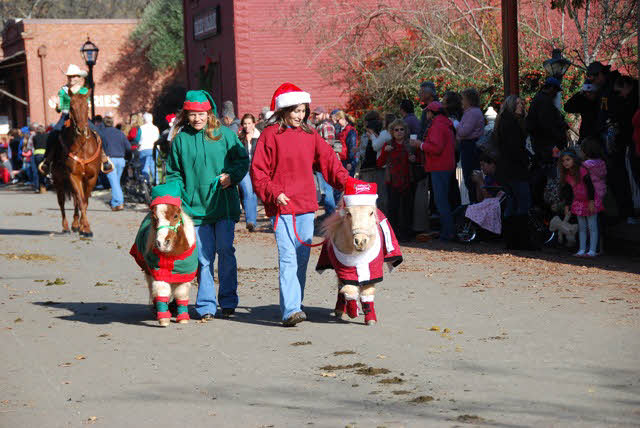 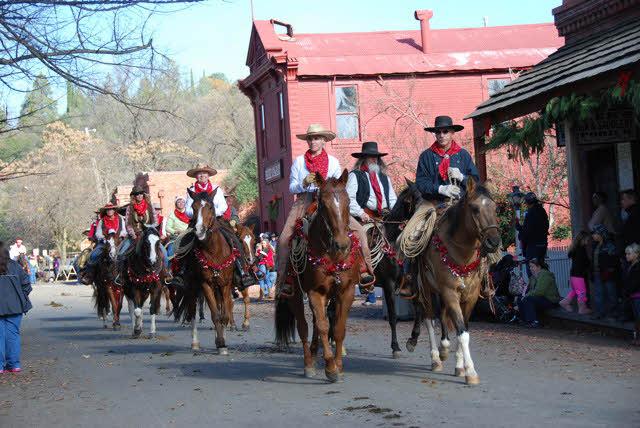 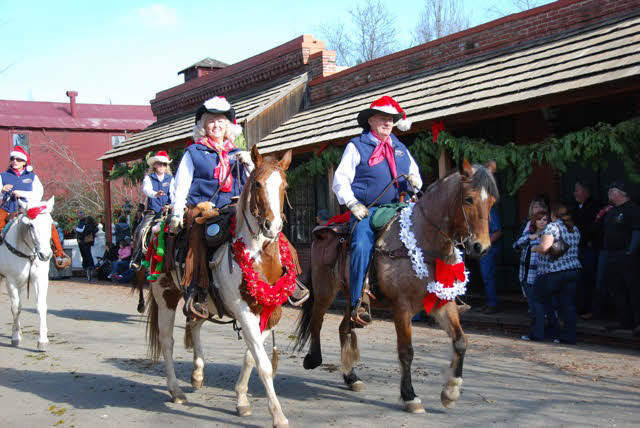 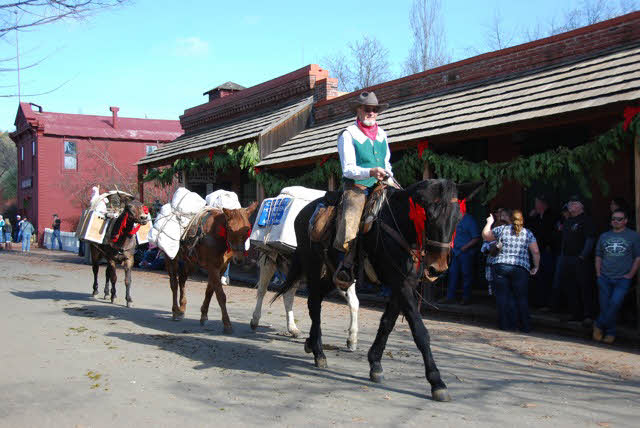 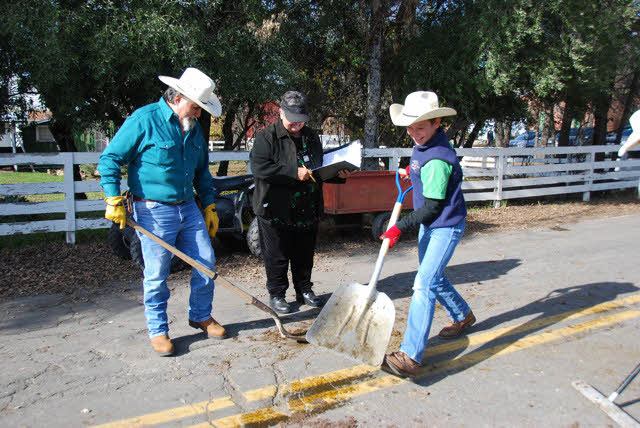 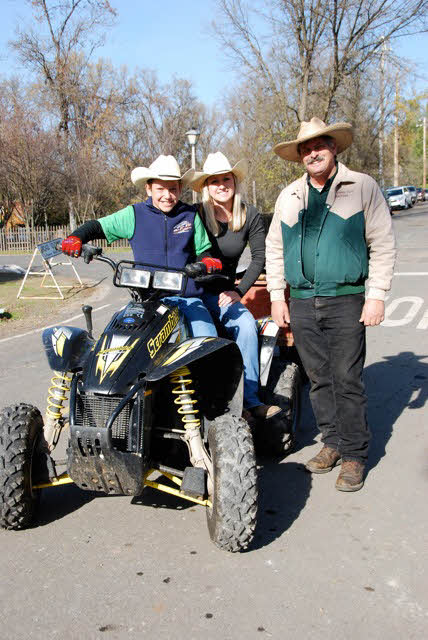 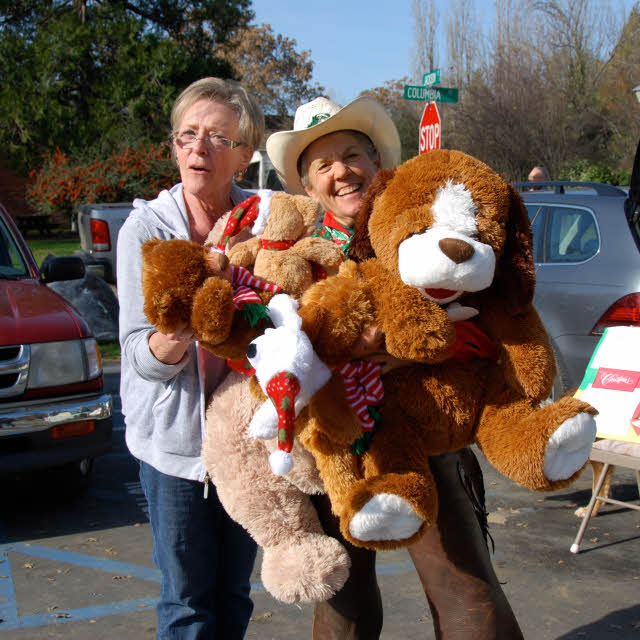 Another wonderful parade! I am so proud of all who participated and made this year's parade even better than 2012's! The weather was bright and sunny and the counts of both parade entries and spectator attendance increased over last year. There was a full page article on page 10 of the Union Democrat Weekender accompanied by a large color photo that I am sure drew attention to our event and increased attendance. Thanks to Gary Linehan and the newspaper for their continuing support. In addition, I sincerely appreciate Leslie Davis of the Columbia Chamber of Commerce for sharing her long list of media contacts with me and for spreading the word about our parade.

Thanks to Jean Tucker, Terri Arington and Kathy Zumbrunn for helping me post our colorful parade flyers all over Tuolumne County and to those of you who put posters up in the Valley as well.

MY THANKS TO EVERYONE WHO HELPED:

Yes, Christmas Parade Day was definitely fun and exciting! Thanks to everyone who welcomed the holiday season by joining me in Columbia Sunday, December 9!!