We rode in the Mother Lode Parade on May 12, 2012, in Sonora.
All photos courtesy of Doug and Cathy Dollarhide.
You may jump to the newsletter article below the pictures. 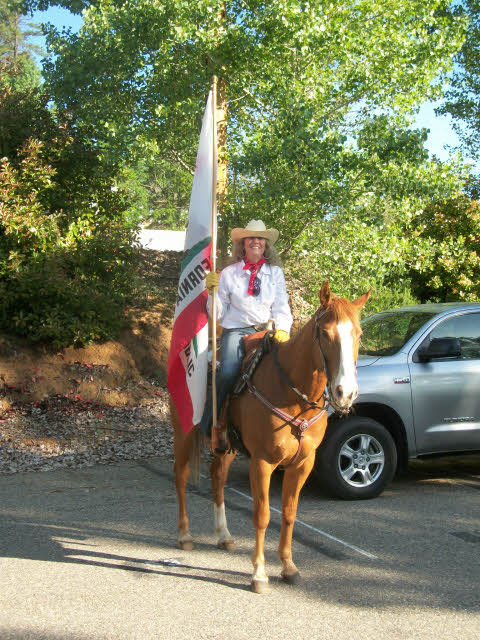 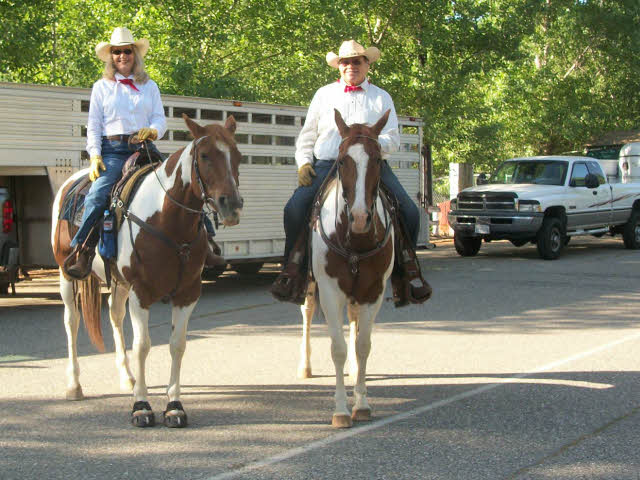 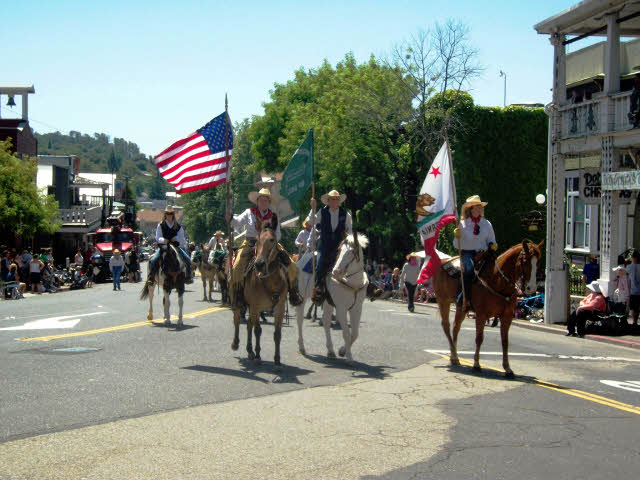 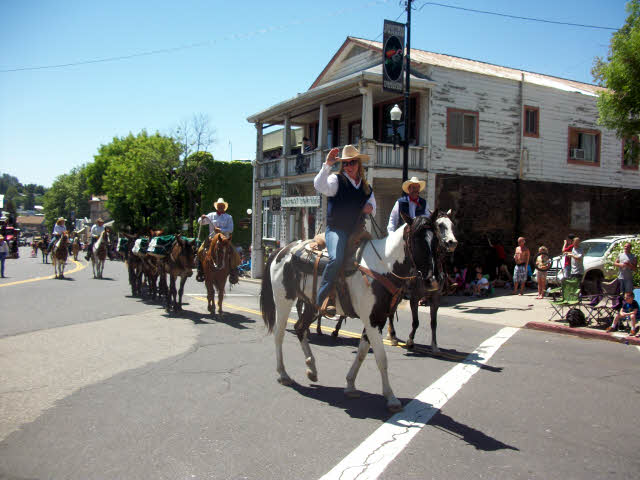 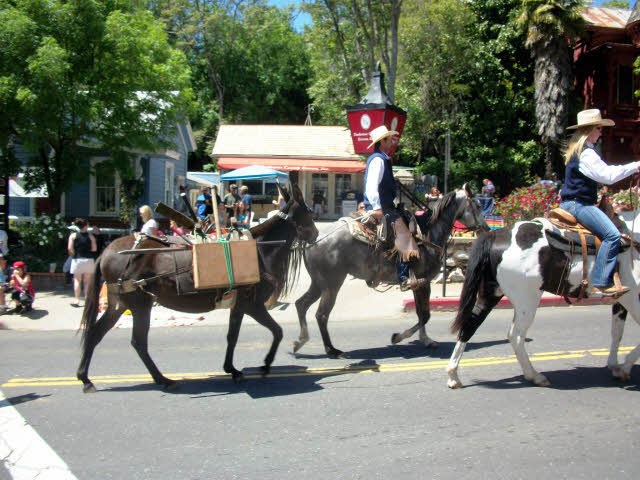 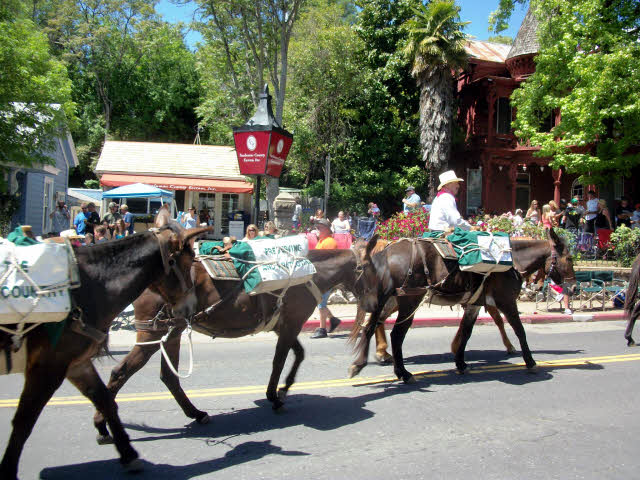 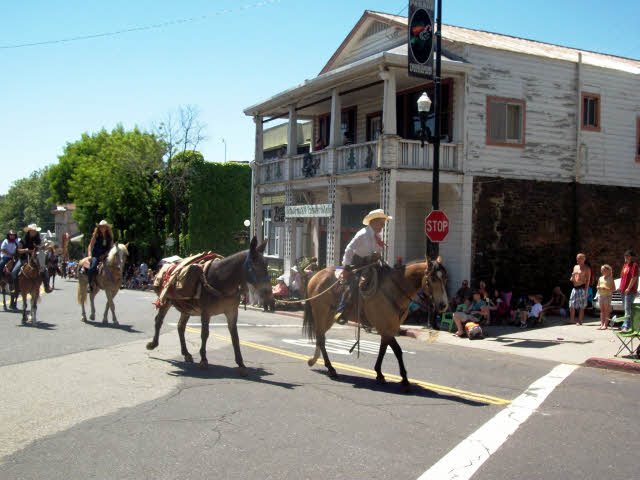 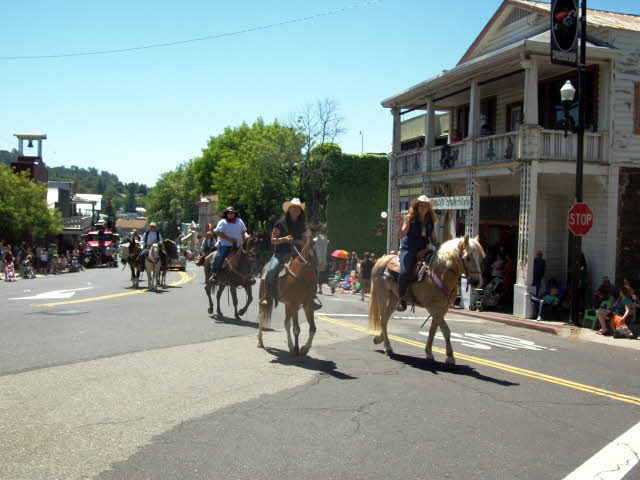 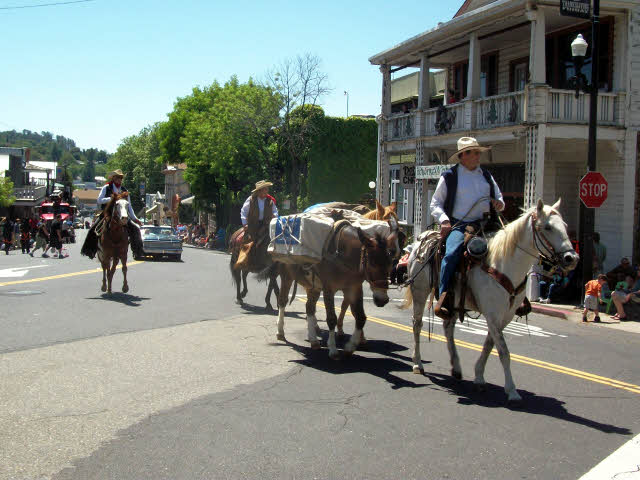 You may read the newsletter article, below, go to the main Activities page, or Home.

by Doug and Cathy Dollarhide

We are on our way home from the Mother Lode Parade. Wow! I didn't realize this was one HUGE event! My first prayer was for safety and then to have a good time. We received both! On a very warm, spring day, the participants from the Mid Valley Unit of Backcountry Horsemen looked very spiffy in their parade attire and the animals were groomed and decorated. There was a very large crowd, numbering in the thousands! Our spot in the parade was 130 out of the 175. This meant we had to travel to our spot and then wait awhile before we could even start moving  one and a half hours to be exact! We found a shady hill and parked ourselves there until it was time for us to head into the line up. Julie Perry, Cathy Dollarhide, and Mary Stramer carried the colors to lead the group of 13 riders and 22 animals. Carl and Julie Perry brought six of their mules for a very impressive showing of a pack string. Doug Dollarhide, Terri Ann Arington and Dan Prine also brought a pack mule each.

Thank you to all who participated and represented the Backcountry Horsemen. Not mentioned in the above list of names are: John and Cheryl Simnitt, Anna, Barbara, and Mary Beth Baglione, Nina Cash and Erica Bustos.

In conclusion, after our experience in the Mother Lode Parade (Doug agrees with me on this), we think there are many more potential hazards riding in a parade than being in the backcountry! (mariachi bands, clowns, horns, etc.)